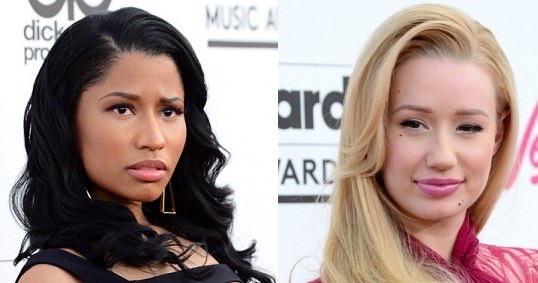 Well, it seems that Access Hollywood’s Liz Hernandez wasn’t expecting the amount of sass she received from Nicki Minaj after asking a question about Iggy Azalea.

Liz Hernandez blasted the Young Money rapper on Monday because of her ‘disrespectful’ behavior at the American Music Awards. Sources confirmed that Nicki was “very rude” to press on the red carpet before the show.

“Never in the workplace has someone been so disrespectful to me as Nicki Minaj yesterday. I feel embarrassed to have supported her as a fan,” Liz tweeted as she covered the AMAs red carpet.

Page Six reports the Anaconda rapper got really heated when asked about the alleged beef between her and ‘enemy’ Iggy.

The beef between Nicki and Iggy allegedly stems from Nicki’s BET Award speech where she supposedly took a few jabs at Iggy.

Is it just me or does it seem that every other week someone from Young Money is beefing with somebody new? What do you think about Nicki’s reaction to being asked about Iggy?

Tell Us What You Think... Cancel reply