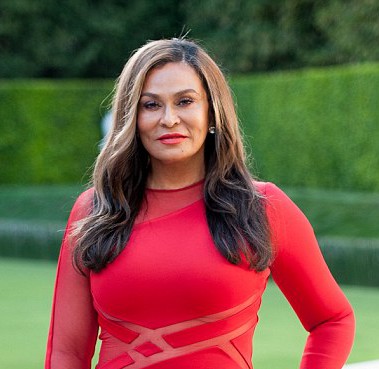 Bow down when you see a Queen!

Tina Knowles-Lawson continues to elegantly slay while attending her Ebony Magazine cover launch. The 61-year-old  mother of two attended an L.A. event, draped in red, to celebrate her flaming red hot July cover for the magazine.

Tina was accompanied by her husband Richard Lawson, who she wed back in April. In the issue she talks sex and mentions how these two love birds are still able to get down and dirty – even as an older couple.

Unfortunately, Beyoncé nor Solange were not attendance to celebrate with their mom, but not to worry, actress Aasha Davis, Ebony Editor-in-Chief Kierna Mayo, and baseball player Dave Winfield were among the many who did attend.

Check out more party pictures below: 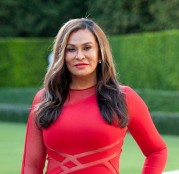 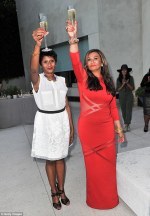 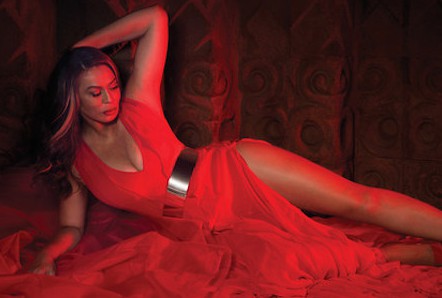 Bow down to the Queen and watch her slay!

Let’s just say Tina Knowles-Lawson is wearing her sexuality with an older woman’s ease instead of like an awkward purse…never knowing how to hold it, where to hang it, or when to just put it down.

In the recent issue of Ebony magazine this mother of two, grandmother, and remarried beauty has not shame in game as she reveals that at the age of 61 she’s still able to have a thrilling sex life. Tina tied the knot for the second time with Richard Lawson, 68, in April.

“Our sex life is active; its really good,” Tina tells Ebony. But can you guess take a wild guess who encouraged Stella to get her groove back?

It was her own son-in-law, Jay-Z! Tina reveals that Hov urged her to date younger men. As the saying goes, “you’re only as old as the man you’re feeling,” but unfortunately for Tina the idea of a nice young rebound didn’t quite sit well with her. For what’s it worth, at least we can all agree that Ms. Knowles-Lawson is still gorgeous enough to snag any man whether younger or older.

Speaking of the amount of sexy she serves, inside the issue, Tina opens up about her initial hesitation with embracing showing off her curves for the camera, but later reveals how she’s turned those doubts into positivity:

“I had some reservations [about the shoot], but as I thought of all the women who tell me daily that I have inspired them to live a wholehearted life, which includes your sexuality. I am proud to be 61 years old and to not be putting limitations on my lifestyle. We can still be sexy and vibrant, fashionable, classy and fly until the day we die!”

So ladies word to the wise: never be ashamed to show off the fabulous you no matter what age you may be. What’s imperfect to you is perfect enough for someone else.

Know your sex appeal, know your sexuality, and know how to use it…tastefully, of course!

Also in the issue, Tina talks about her Galveston, TX. upbringing, and how she ended up opening one of Houston’s most well-known salon after giving birth to two of the world’s most biggest celebrities. Daughter Solange took her business to Instagram where she was sure to give her mom a special shout out:

Does your beauty have an expiration date on it?

Check out Tina’s pictures from her spread with Ebony: