Filmmaking, like any other art, is one of the most persuasive means of communication. Whether a film succeeds or fails, a filmmaker’s goal is to have their film be seen so that it is able to communicate itself with its audience.

Paris Films, a Michigan based independent film and commercial production company, is devoted to bringing audiences unique and meaningful projects. Their main focus is to not only deliver the story, but to share meaningful pieces highlighting the obstacles of everyday life that we may face.

“There is an audience out there dying to see films about real characters, real issues, how people relate, and overcome issues,” writer Will Hare of Broken.

Paris Films was founded by Producer and Actor Paris Jones. Although Paris is not a Michigan native he has taken a liking to his home here in Detroit. He envisions the company growing to become one of the largest and most influential filming companies in the Midwest. Some of the company’s projects include AIAC, a short film, The Inner Circle, a TV pilot filmed in the city, and Foggy Relations, winner of 3 Michigan film awards.

Foggy Relations is a romantic drama about a cynical veteran prostitute who gets a surprise visit from an old friend, who happens to be a married and the only person capable of touching her true emotions.

Like any hard-working company, their job is never complete as they constantly build their resume with projects. In development the company is currently working on two feature films and a short film. Broken, featured films, is about a man whose fragile existence is shattered when he’s forced to care for his older brother who sexually abused him as a child. Before visually coming to life Broken came in as a Top 10 finalist, out of 3,000 candidates, at the Creative World Awards. Other in progress films include Family Ties, feature film, and Elevated Remedies, short film.

As the film industry in Detroit continues to flourish, Paris Films will continue to inspire through its finished works and future endeavors. If you would like to learn more about this filming company click here. 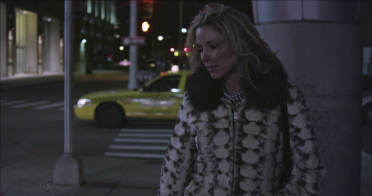